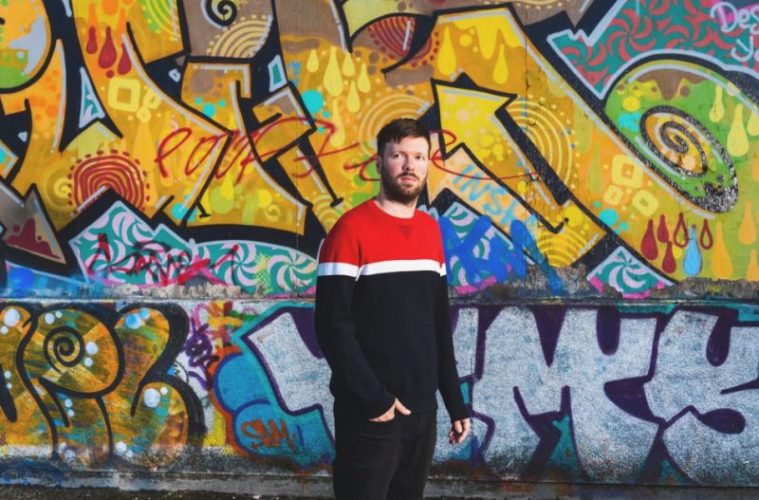 The wait is finally over for producer and DJ Louis La Roche’s new album Saturday Night Griever to fill your speakers. The album features various collaborations from  Frankmusik (producer for Ellie Goulding, Erasure and Tinchy Stryder), and LA  musician Ryland Blackinton (ex-member of Cobra Starship, songwriter for Kelly Clarkson, Sam Sparro and The Night Game). The DJ has done official remixes for Basement Jaxx, Aeroplane, Lemaitre, Fred Falke and BAYNK. He has also been supported by widely known Youtube channels including Spinnin Records, Mr Suicide Sheep, Majestic Casual, and Mr Deep Sense. Other features include coverage in publications  Mixmag, DJ Mag, Your EDM, Magnetic Mag, and Data Transmission. He has a Spotify stream rate of 23 million plays. He has also supported pop queen Kylie Minogue on her Kiss Me Once Tour.

Brett Ewels aka Louis La Roche grew up in Norwich, UK. He had a fascination with music from a young age, playing the drums, guitar, and bass. Around the age of 12, he would buy his first set of turntables and produce music at 14 years old. Ewels would go on to open his own record label named Ever After Records. He has produced records for Crystal Bats, Winnie Williams and Call Me Loop. The DJ has also done unofficial remixes for iconic acts like Michael Jackson, Calvin Harris, Miley Cyrus, Riva Starr & Fatboy Slim, Burial, Kate Bush and Gorillaz. Louis’s album is a genre rollercoaster, beginning with the soulful ‘Lights’, followed by nu-disco, french house to current electronic pop, with a hint of  Louis’s 80’s inspired soundscape undertones.

Louis La Roche speaks about the process of creating this album, “Saturday Night Griever was written from April 2017 – June 2019. I set out to make this a collaboration record, with vocals on every song. It’s very much a Pop record, which is something I’ve delved in but not fully explored before. All the collaborations were done remotely except one, which was recorded at The Old Hit Factory in London. The albums title and opening track were inspired by what I was reading in 2017 about UK music venues closing, nightclubs struggling and people not going out as much as they used to.”