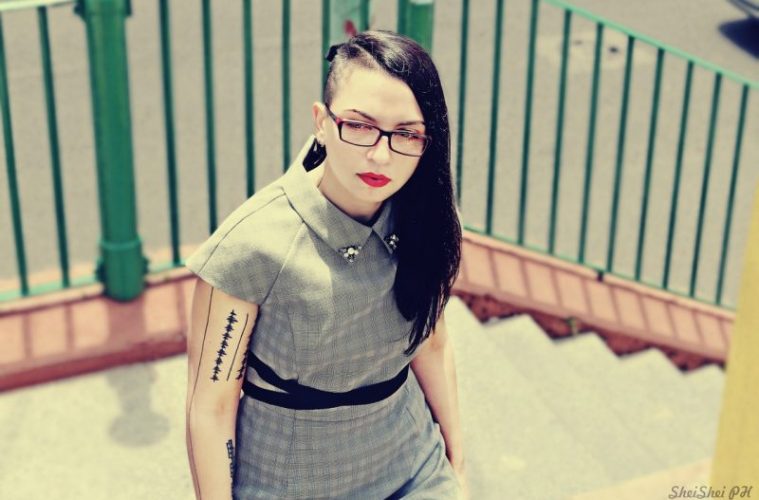 Defmain(): is proudly welcoming the prolific and talented Miss Adk to the label’s growing list of inspiring artists.

We have the pleasure of bringing to you the first listen of Miss Adk’s ‘Direct Current’:

With Electricity circuits Miss Adk drops a two-tracker to entice your dark and intense listening sessions or Dj sets. The lack of dancefloor goers shouldn’t retain you from mixing these tracks until your electricity runs out. Think of a dark room filled with smoke, light beams circulating and enveloping techno sounds.

Rocío is considered one of Argentina’s foremost female DJs and producers in force with the longest continuity of her generation. Throughout her career she has created more than 7 pseudonyms spread over 14 years, or as she herself defines them “various versions of myself”. ‘Miss Adk‘ being the longest-lived.

Read our exclusive interview with her below:

I went to my first electronic party when I was 16 years old. It was the first time I listened to a DJ set. I was shocked. It opened a door to a new dimension. Two years later I started as a DJ and a producer. That was 14 years ago.

I make music because I like telling a story from the feelings that sounds generate. I am constantly influenced by all situations, and through music I can transmit those feelings. What I like the most about electronic music is that it is a world of infinite possibilities. Everything can be created, everything can be made. It makes me want to try as many combinations as possible.

Which artists are you currently listening to? And is there anyone of these that you’d like to collaborate with?

For a long time I used music from many artists, and I have the pleasure of working with them today. They are a beautiful underground community that teaches you and inspires you to bring out the best in you. I could mention El Brujo (trench), Makaja Gonzales (Frame Workxx Records), Dj D ReDD, Rispetto Musiq, Echobeat (Toxic Recordings), Paulo AV, Petri Petro (Ghost Program Records), Kev Willis, Lewis Shephard (Liquid Sunshine), [U.G.O.], Konstantius (Underground BeatCode Records), Tonikattitude (Teksessions Records), among many others. Just real people making real music. Also I want to name Cristian, which is the best DJ and producer I have ever met. He is the one that taught me all the things I know and it’s my career’s manager.

My particular sound could be described as a succession of states where percussion and cymbals are combined with a strong kick, a powerful bass, and one or two main sounds that can be synths, instruments, or others such as alarms, sirens or engines.

Having worked with artists whose music I’ve played on my sets for a long time. I could also mention as a high point that some of my music has been recorded on vinyl.

Right now I’m going through an update of my setup. So the fundamental piece now is the information I have in my back up. Software, Sound Libraries, Plugins, VSTS collected over the years. I feel that when I get to finish mutating the whole studio I will be able to use more efficiently the instruments at my disposal.

One of the things I’d like to have most is a good microphone to go out and record sounds. I’d like to combine sounds that do not belong to any musical instrument. I have a wide collection of sounds, nature sounds, sounds from public places, machine sounds, motors, cars. Everything we hear besides what is considered music.

‘Miss Adk’ is my techno version. It’s a project that already has a definite sound, and presents at least two releases a month. ‘Trixxie (ARG)’ is my tech house version, during the next few months two releases will be coming out with remixes included. I’m also participating in three duos: Les Bakkhai with Ima Vikk (in November we have our first release); Ene Erre with Nattz (in December we’ll have our first release and some other remixes for other artists); Re-dk with Larss with whom we released our first ep. In all three cases the releases are from Underground BeatCode Records, label of which I am manager.