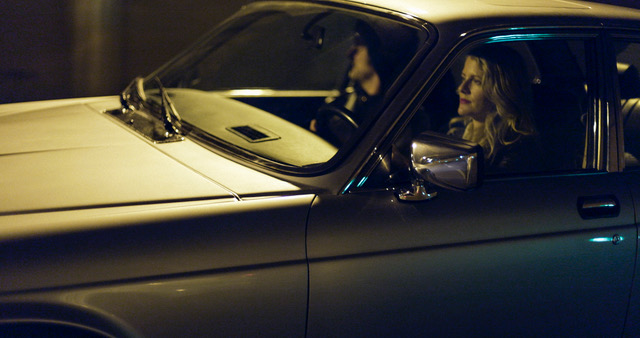 Retaining the dreaminess of the original, while amplifying its crisp electronic percussion into something altogether more expansive, HELAX converts “Night Summer Waiting“into a euphoric, club-ready banger.

The Ghost of Helags are singer-songwriter and producer duo Teresa Woischiski and John Alexander Ericson. Hailing from Sweden and now located in Berlin, the pairing combine the dream pop sounds of their Scandinavian roots with the electronic nuances inspired by their newfound home.

Written in 2020, the duo penned the original of “Night Summer Waiting” at a small Italian hilltop town under the fading late Summer sun. Hallmarked with Woischiski‘s crystalline vocal and layers of atmospheric synthesisers courtesy of Ericson, the track is one of the many highlights of their recent debut album: ‘We Came From The Stars’.

‘Night Summer Waiting’ is one of a string of recent singles by the duo and follows the Chemical Brothers-nodding ‘Parallel’ and the seductive Lynchian-inspired synth-pop of recent single ‘Chemistry’.

Releasing their debut album ‘We Came From The Stars’ this month, the record was written across the world, from the skies of Japan to the dusky sunsets of Italy and the frost-gripped streets of Berlin; it’s a transportive listen carved from the journey of a lifetime.

‘We Came From The Stars’ is available to hear on all streaming services now (via Warsaw Recordings).