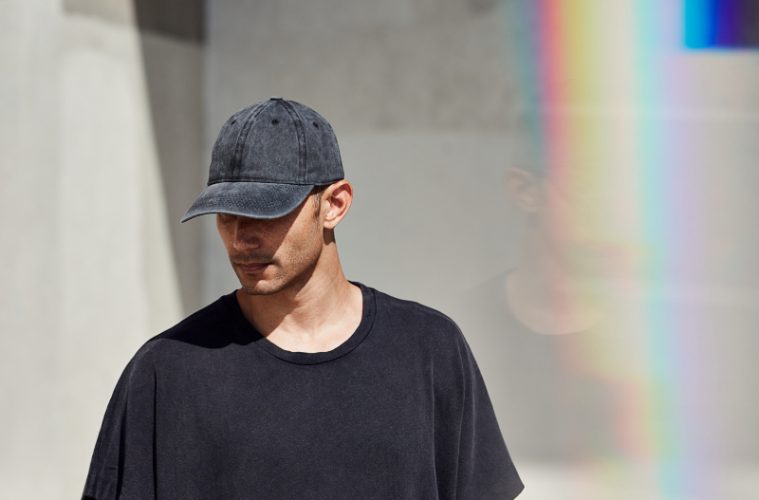 Named as one of DJ Mag ’s ‘Bubblin’ artists to watch, music producer Anakim’s name is being discovered. Based in LA, Anakim has released his remix of Aston Alba’s track ‘Eurphates’. The DJ has also released music via Mau5trap, Insomniac Records, EIN2, and Artist Intelligence Agency. To date, the techno music producer has opened for the likes of Chris Liebing, Yotto, Lane 8, Booka Shade as well as the iconic Yuma Stage at the world-acclaimed music event Coachella (Jamie Jones, Black Madonna).

We find out what makes the producer tick in this exclusive.

Who were your first musical influences that you can remember? Who inspired you to start producing music?

When I was really young, my mom took me to the Philippines to visit my family. I remember us walking into a mall in Manila and passing the music section. My mom turned to me and asked me if I wanted to pick out two cassette tapes. This was like, 1992 or 1994. I picked two tapes that would forever change my perception of music: Kriss Kross’ Totally Krossed Out album and Nirvana’s Nevermind album.

I became inspired to start producing after listening to hip hop producers like The Neptunes, Timbaland, The Alchemist, DJ Premier, and Polow Da Don. I started off making beats in my bedroom during my senior year of high school using a cracked version of Fruity Loops (FL Studio) and that became an obsession throughout my time attending the University of California Los Angeles (UCLA).

I could talk about this for hours, as I’ve had a very specific vision for this Anakim project of mine since I was in music school, but to sum it up generally: Touring the US and world regularly and starting my label that reflects the unique progressive techno sound I’ve honed, all within the next few years. Success to me looks like gratitude for everything in my life, no matter the highs and lows.

What does your current software/hardware setup currently consist of?

Outside of music, what inspires you?

If anyone has read any interviews of mine or listened to any podcasts I’ve been a part of, it’s no secret that the thing that inspires me the most is deep space, all that resides in it, and the notion of interstellar travel. Just the idea that other intelligent life could exist within this incomprehensibly large universe we live in is enough to drive all of my creative output. Aside from that, hiking in nature, seeing athletes and other artists at their peak, and my father inspires me most.

As a performer or as a member of the audience, what single show has been the most memorable for you?

As a performer, my most memorable show has been performing at Coachella 2018 in the Yuma Tent. I went to Coachella 8 years in a row as a fan and my 9th year I was booked to perform on arguably the coolest stage there. As a fan, it has to be EDC 2010. Though I’ve experienced more memorable shows than most people ever will, that specific festival was my introduction to dance music and dance music culture in the United States. That one festival affected me so much and helped shaped who I am today, that I have now dedicated my life to dance music and giving back to the community that gave me so much.

Any new or upcoming artists on your radar?

Andruss is an incredible house music producer out of Mexico and I believe deserves major attention. As an artist, he doesn’t make anything that fits my sets, but his productions are incredible. Charles D is another producer I think you’ll be hearing about a lot in the near future. I’ll put $100 down that he’s a future king of techno. Other artists on the rise I want to spotlight are 28mm and Sohmi, both out of Los Angeles, and Sara Landry out of Austin, Texas.

What can we expect from you in the near future? Any upcoming projects or gigs in the pipeline that you would like to tell us about?

I have an EP coming out on Somatic Underground and Le Youth’s label PRGRSSNS within the next couple of months, as well as a remix I did for Berlin-based artist and my friend Galestian, out on BeatFreak later this year. I’m also in the middle of working on an EP for Desert Hearts Black.

Please suggest an album for us to listen to.