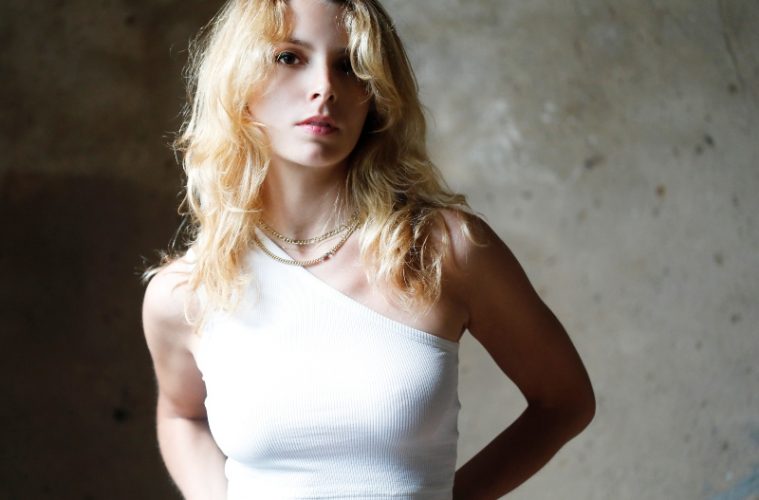 Releasing her EP Straight Is A Lie earlier this year via the record label TemeT, Elise Massoni’s music is a bold fusion of electronics. The DJ and live performer experiments with anything between fast techno, IDM and acid soundscapes on this latest EP. Alongside the release of this mind-bending electronic work, Elise worked with visual artist Jack Anderson to create the ethereal and alien-like music video for featured track ‘G & More’. Prior to releasing the EP, Elise has been making appearances at influential European music festivals and nightclubs like (Helsinki), Rex Club (Paris), Dimensions and Flow festival.

We chatted with experimental producer Elise Massoni, after emerging ourselves in this gorgeously off-kilter EP release.

I started playing the classical guitar when I was 5 or 6 and got attached to electronic music when around 9, I think. I started going to nightclubs when I was 13, but by the age of 14, I thought I was too old to learn how to DJ. Then I played a few gigs underage here and there in Paris but moved to China and really started djing and playing live (with 2 friends) over there.  I started producing music in 2017 after I left Shanghai for Berlin and then I put out my first EP on Man Band Records.

Many things inspire me; life (events) and my attempts at understanding it are probably the biggest ones, because of the emotions that I go through. Other people & cultures that are like different genres of music, there is always something new to be discovered or created that you didn’t expect.

Music is my biggest passion and what always helped me. I’m still looking for my sound, and I’ll always be I guess.

Arca, Amnesia Scanner, PTU, Ryan James Ford, François X, Buttechno, just to name a few. But too many artists tbh, and yes of course I would love to work with any of them.

By being in my world.

I think releases are the highest point that comes to my mind first because they’re always big achievements.

More recently, doing a remix for François X was a big one. And being invited on his new label XX Lab after that, and putting out an EP on Simo Cell’s label TemeT.  Two things I was very proud of. Finally, to have the chance to have my first video clip made for the occasion was the “cherry on top” after all the work put into it for a month with visual artist Jack Anderson.

– Stop wondering which gear is missing in your set-up to finish a track.

– Stop staring at other people’s work, start focussing on your own.

– The best way is your own way.

To be honest, my computer! I started finishing tracks when I allowed myself to sit down in front of it and leave my synth alone for 5 minutes. Now I love my VST a lot, which means that my computer is the key boy in the room. I also have this superstitious thing where I’m scared to tell if I have a favourite synth in case of bad luck. Along with the fact that I love them all anyway, but my Mono/Poly was a birthday surprise from my ex-boyfriend and my closest friends in shanghai that I’ll never forget!

I stopped looking for anything, that is how I’ve freed myself to produce tracks. But let’s say a good microphone.

After my latest EP Straight is a Lie came out on TemeT in July, I made a “mini ambient album” if I can call it that. It is inspired by La Divina Comedia through a contemporary art exhibition I was part of this summer. Soon I will also have a track coming out on an Air Texture compilation, and finally, some club tracks coming out on XX Lab. But I can’t say anything more for now.