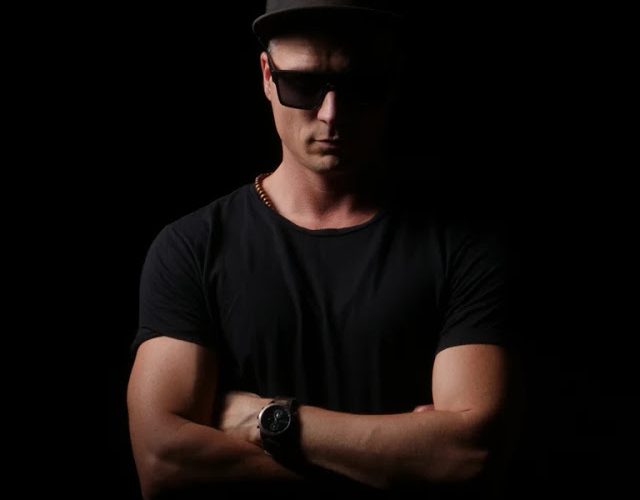 Techno DJ and producer Bálint Bakonyi, who goes by HiBoo, has had a musical life since he was a child; from studying music theory and nature of sound to learning to play a plethora of musical instruments, HiBoo has had music bouncing around in his brain his entire existence. As a humble high-schooler, HiBoo picked up an early version of Cubase and began to experiment and write music on his computer, which was a huge moment for this DJ and producer as it opened doors to the freedom of electronic music creation and the possibilities surrounding that.

Once Hiboo had begun to develop his own unique progressive techno sound, he got recognized by fellow artists and then was able to make regular appearances at outdoor gatherings, smaller festivals and clubs. He’s been a regular mainstage and techno stage act year by year at the acclaimed O.Z.O.R.A. Festival in Hungary since the very start of the event. What’s great about HiBoo is that he is not your average electronic musician; for example, HiBoo organizes, with the help and support of fellow musicians, an event called ‘Grab Your Instrument’ which is a road show dedicated to get children and young people to embrace a love of music and is a space where they can try playing on various instruments from strings to percussion to electronic music gear.

Hiboo has a unique and captivating techno sound that fuses classic techno elements with his own trance-inspired style. Listen to his track ‘Stay Calm,’ a fantastic pulsing journey of sound, below –

We caught up with HiBoo and he spoke to us about playing for a huge crowd, Metallica and the future.

To those not familiar with you, how would you describe your sound?

If someone isn’t familiar with it I would recommend them to listen to my tracks :D. I would describe it as analog-sounding smart trance-influenced techno bangers.

Which three albums have influenced you the most creatively?

I can’t name one exact album but anything from Kraftwerk, Metallica and Queen were my biggest influences.

Take us through your songwriting process. Are there any particular steps you take when putting music together?

Apparently you play a variety of musical instruments – what can you play and which do you enjoy the most?

I love playing instruments, I’ve been learning to play them since my early childhood. Around 10 years old I wanted to be a drummer in a band 😀 I can play most of the stringed instruments and most of the percussion instruments, I can also play some of the wind instruments but this the category I’m lacking the most experience. Actually I’m planning to buy a guitar in the near future and integrate it into my setup.

Studio work and music creation or performing and interacting with a live audience, which do you prefer?

Any new artists on your radar?

I have some interesting new projects with L.Ap. from the UK and also with the young Valentin Pascual from Argentina and there’s always some cooking going with my “homies” at Forge Records too.

What has been your most memorable performance so far?

And which performance would you prefer to forget?

You’ve done some awesome collaborations in the last year – what was one of your favourites?

The new collabs with Hellomonkey were pretty massive, these tracks will slowly start showing up so keep a lookout!

If you could collaborate with, or perform alongside any artist, who would it be? And why?

Matador. He is a musical genius and a professional artist.

Tell us about any upcoming shows or releases you have in the pipeline.

I have gigs each week with my techno crew MadCity, for the summer period we are showcasing in a nice venue located on the Danube bank, under one of the bridges of Budapest, last time we had over 600 visitors which is solid I think. MadCity will also perform in a festival called D.O.O.T. (Day Out Of Time) which will take place at a huge private estate with lakes and a beautiful environment so I’m really looking forward to that one. During fall I will play alongside Hellomonkey on gigs inviting Bart Skils and Metodi Hristov.

As for releases, I will have a new EP coming on DJ Veljko Jovic’s I AM DIFFERENT and I will also be featured on Sven Sossong’s Nala Music ADE compliation and I’ll have another one at Forge Records as well. Currently I have a bunch of finished tracks which are yet unsigned so we will see about them soon I hope 🙂

I would like to thank you for the opportunity and I appreciate The Playground agency reaching out to me, I enjoyed the interview. As last words I would like to credit all the people and the fans that believe in me and support what I’m doing; I would like to thank my manager as we are a great team… I want to thank Forge Records, my home label as Engi, Bassfreq and Unknown El3ment helped me start and supported me even though I was basically off the techno radars… the same goes for Sven Sossong and Nala Music… I also got lot of support from Stoked and Resonances (IT) for which I’m very thankful and already returning it :). The End.