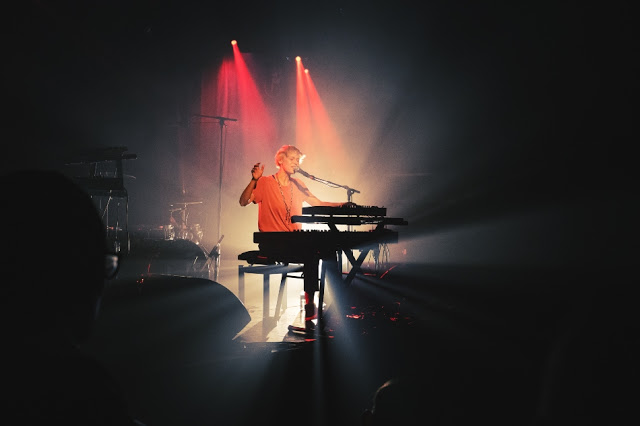 The artist has been included in major publications such as COMPLEX, Medium.com, Worldwide FM and KCRW, as well as having her alternative version of song ‘Slide feat. Julia Kadel and Simon Denizart’ premiere via BBC Radio 1Xtra‘s Jamz Supernova. She cites influences from a varied pick of musicians including Little Simz, Frank Ocean, IAMDDB, Ama Lou, Erykah Badu, Thom Yorke, Radiohead, Nina Simone, James Blake, Dorian Concept, Noname, Bill Evans, Flying Lotus, and Noga Erez. The EP starts with the unapologetically loud and experimental world of KID BE KID in song  ‘Blood’ and ends with the dramatic conclusion of the narrative in the final song titled ‘Lovely Genders’.

KID BE KID tells us; “As a composer, musician, and producer of the album, I know that there is a small part of my soul behind every detail. There is nothing better than to create a new work in a creative flow within a few months. During that time, everything else doesn’t matter and I just dedicate myself to the music, the sound and the meaning of what’s happening. If you ask me what I ate at that time, the answer is air and inspiration. And chips maybe.”