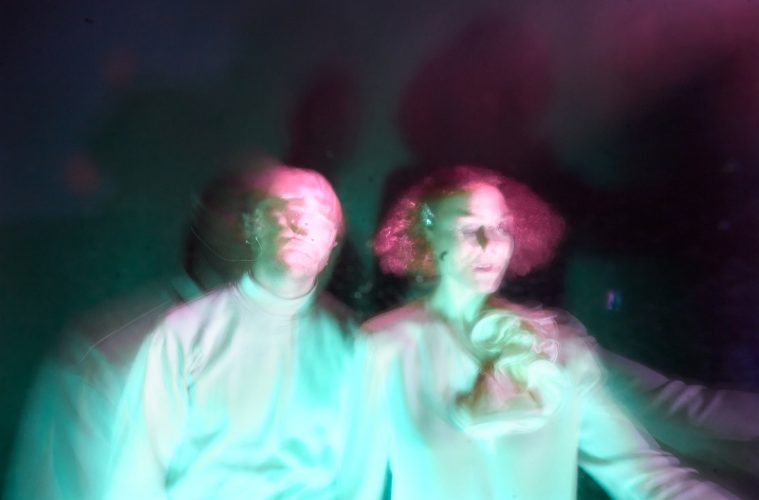 uh’ is one of the most common sounds heard in the English language. An imitative that holds no linguistic meaning, it’s nevertheless a sound recognised by everyone; it could be a hesitation or an exclamation of distrust. For sibling duo Dominic and Fionnuala Kennedy, it’s this ambiguity of the term that draws them to it.

uh’s music represents a restless blurring of pastoral and urban. The brother-sister duo of Dominic and Fionnuala Kennedy’s debut album humanus is embedded in the London that they grew up in – it searches for the space and still that was a hallmark of their previous EP Seasick in Salts, but many of the tracks here are more skittish, urgent and beat-driven. It’s a record that hurtles into the expanse of its surroundings rather than carefully probing them.

Dominic and Fionnuala grew up in Harlesden in northwest London, where their parents had moved to from the west coast of Ireland before they were born. humanus, though, is a record focused on the present. Amidst its raw acid synths, long-form hardware workouts and soaring vocals is an album that’s ultimately about the pair’s own relationship both creative and personal.

Recorded at PRAH Studios in Margate in a live take, with Fionnuala on super delayed vocals and Dominic on synths and drums, ‘hit’ finds the ultimate energy behind their hardware. It’s an expression of Fionnuala and Dominic’s exchange of heightened states through sonic play, following what pleases them. “This is a dub infused post punk cyber novelette. A sleazy-noire breakbeat piece of pulp fiction following an imagined protagonist driving us though dirty streets in search of her hit.” they say.

As an extension of releasing ‘hit’ – uh unveil a live performance of the single, filmed at Tentacle Studios, Dalston. This dynamic performance acts as a further sonic traversal through their live practice. It’s calamitously chaotic, but with some restraint; fun and foggy, inevitably neglecting its original form. Shot in multi-cam and live vision-mixed in response to the performance, uh have re-processed images of themselves and of personal footage collected over the years.

These tracks on humanus speak to the urbanity of London in their club-leaning BPM and more densely-layered walls of sound; however, the search for pastoral and peace within humanus remains.