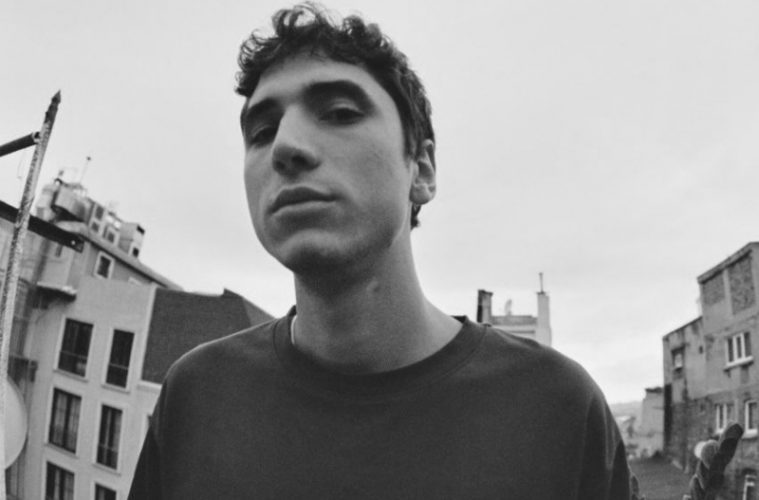 Following the release of his album Contrails in 2018, music producer Aleksandir returns rejuvenated and more experimental than ever with his latest album Skin via Omena Records. Dreamy textures paired with a lo-fi haze will leave the listener wanting more from this unconventionally refined talent.

We discovered the deeper feelings of the man behind the sound- Aleksandir below.

I’ve been involved with music all my life, playing classical piano from a very early age and being surrounded by music and musicians in my family. Then I took up playing the drums at school and played in a band for years. Moving onto university in the UK and discovering the limitless world of electronic music pushed me to get creative with my laptop and a DAW! The rest is history!

This question hurts a little because I’m in the middle of my first-ever writer’s block as I write this. I never thought inspiration worked like that and could disappear, but this lockdown and the new normal has made me think that maybe I was inspired by the events in my life more than I was aware of. The link between what happens day to day and the music itself was never too direct, and apart from certain themes in my latest album my music hasn’t been overly conceptual. However, this bland routine of lockdown and this dull, stagnant rhythm has killed a part of me that knew how to create. I think the social aspect of sharing our creations with the people around us, playing gigs, meeting people, and sharing the art through contact with others is pretty integral. Everyone is different, but I think if I was the last person on earth, I’d make a lot less music, and that’s kind of the vibe right now…I appreciate the digital response to my music and the online contact with people who listen to my music is still such a motivator, but I really miss the human touch. And that’s what Skin is all about really, human touch.

New Leon Vynehall is crazy good! Buzzing for the new Floating Points and Pharoah Sanders collaboration. Westerman is my find of 2020, has become one of my favourite artists by far. Just discovered the LA Priest and Connan Mockasin collaborative project Soft Hair which is beautiful. And I’ve said it a million times, but JPEGMAFIA is a game-changer and has been putting out insanely creative, experimental but equally satisfying music over and over. Also, shout out to Cameo Blush who’s been making some incredible tunes.

This is an idea I try to avoid these days. I find myself having imposter syndrome or producer envy and remind myself that there’s no need to compare. It’s difficult being surrounded by so much creativity and talent and not put oneself down sometimes. But I’m incredibly lucky to have so many people listening to my music and being inspired by it in whatever way. End of the day, that’s the most important thing. Personally, I can’t escape the feeling that I will never achieve what I look up to in other people’s music, but I guess that’s just the curse of being a creative, that you never consume your own art the way others will be able to see it. And someone probably feels as envious and awed by my creations. So yeah these days I try not to overthink these things and just try to make what I want.

Skin is the first album that I’ve made where it’s felt like I actually made what I wanted to. It’s a weird feeling and I kind of mentioned this in the previous question: when I make music I usually become so detached from it that it feels like I made it for other people’s consumption.

While I still don’t sit around listening to it like that, Skin is like an album I made for myself, it felt honest and truly me. Basically, music I really liked. It’s not like I don’t like my older tunes, but I know that there are people who feel more attached to those tunes than I do. With Skin, I think I’m one of those people.

Honestly, I think how happy I am with that album has something to do with the creative difficulties I have now as well. The shadow of a hit like Yamaha never truly intimidated me, while the shadow of Skin feels much larger because it’s the first thing I’ve made that I truly loved.

Well, I learned by copying people. I think it’s pretentious to believe that anyone makes music without direct influence from others and that creativity comes completely from within. I think everyone takes from their idols either willingly or unconsciously, and some aren’t as afraid to admit it. In my first year or two of producing, I tried to make a Bonobo song, I tried to make a Shigeto song, I tried to make a Nicolas Jaar tune, and so forth with all my favourite artists at the time. But it’s actually very difficult to create copies of such specific sonic signatures and I think you end up filling the gaps with your own creativity and style. Eventually, all the things in those little gaps became the things that made something an Aleksandir song. That’s my go-to tip for getting good at producing. That and spending hours on hours making music. Though that should come naturally if you really enjoy it!

My other tip is to socialize. I’m by no means a social butterfly and definitely found it hard to fit into the landscape of nightlife when I was coming up, but the internet is a blessing for those of us who feel that way too. Email people, dm people, message people on Soundcloud and make as many contacts as you can – the first release you’ll ever have will most definitely be a result of that. If nobody hears your tunes, it doesn’t matter how good they are!

Logic Retro synth! Made Yamaha, made 90% of Contrails, made 70% of Skin! I’m trying to use it less and expand my sound design these days, and honestly, I do feel a tad lost!

I’d love to invest in something semi-modular. I’m not a hardware person at all, because for the most part, I don’t see a lot of advantage in using hardware synths when you have all the options digitally and the setup. And the workflow is so much easier. But modular and semi-modular synths aren’t really something you use digitally (though I’m sure it’s possible). I’d like to get my hands on a Moog Mother 32 or Moog Grandmother so I can patch some cables and get some freaky sounds!

Tell us about what your upcoming releases or projects?

I have a couple of exciting remixes that will come out this year, as well as some remixes of my own tunes which I am super excited to get out there. Other than that, it’s a time of self-discovery and experimentation for me, and I’m busy trying to find the sound for the next album, feels like it could go in any direction…