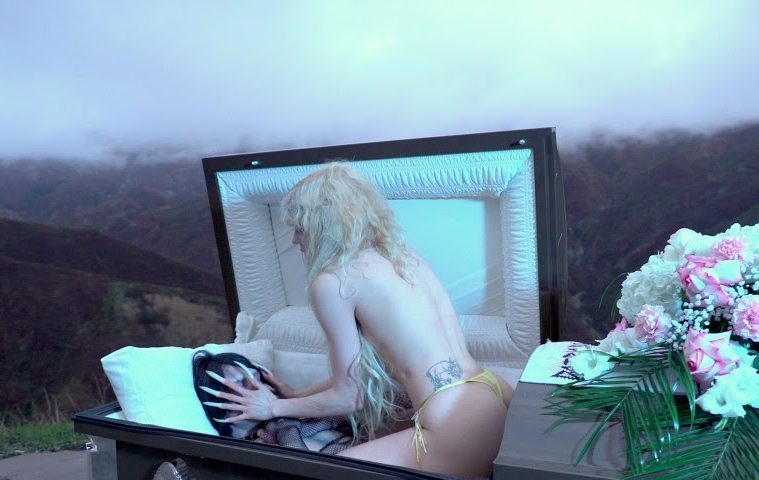 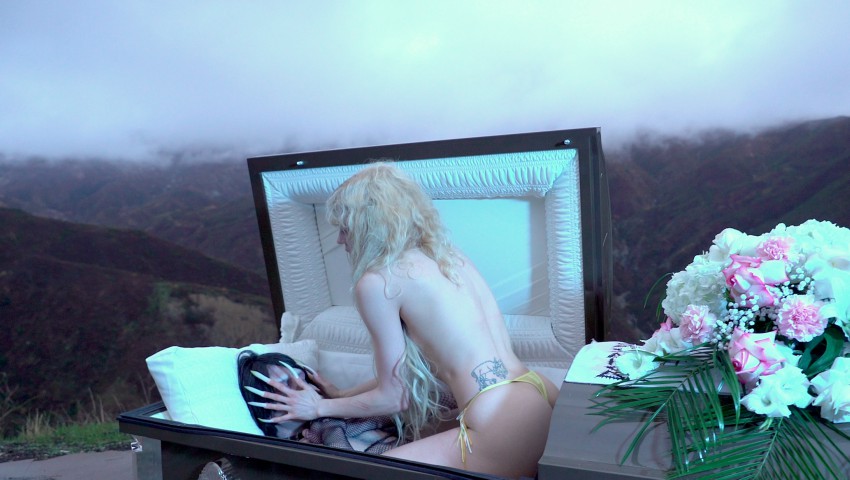 Patriarchy has shared the latest video for ‘Asking For It’. ‘Asking For It’ is the self-titled track off of their debut LP released last year via DERO Arcade. Featuring vampires, sex and coffins, the video’s darkness is juxtaposed by confetti and their dark sense of humour. With a variety of visual effects, captivating backdrops and an energetic performance the ‘Asking For It’ video displays the band’s prowess in art and sound. In addition to the video, Patriarchy has also announced that their debut LP will be available on vinyl. More information and the pre-order is available here.

Patriarchy is a stunning and equally surprising collaboration between the “Predator Romantic” herself Actually (aka Actually Huizenga) – LA-Based multidisciplinary artist – and Andrew Means (3Teeth multi-instrumentalist), revealing a new focus toward the darker, heavier side of synth-punk/new-wave & industrial music.

Their fresh work explores themes of sex, power, subversion & death, with what appears to be an intense interest in Ancient Greek Mythology & 80’s slasher films, a heavy dose of Mulholland Drive, and a sound that is equal parts ABBA and NIN.