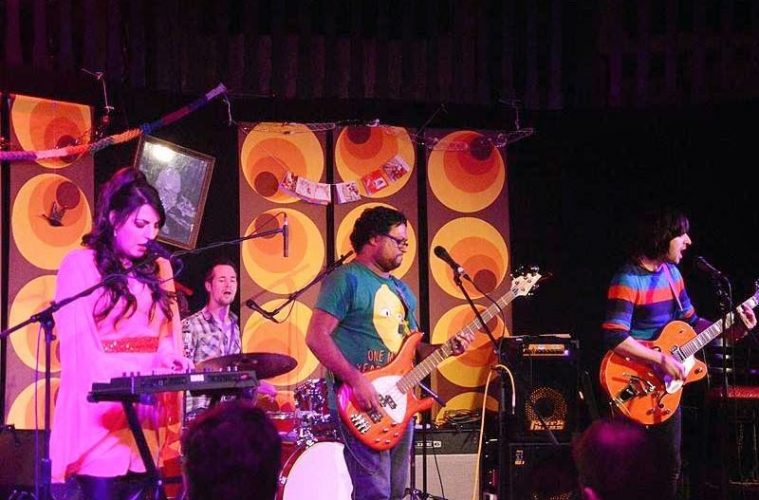 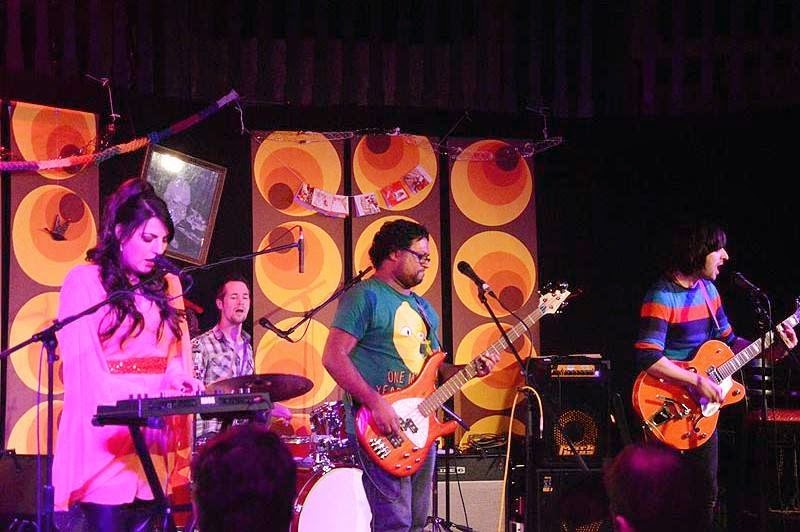 The Moth Lantern are a four-piece indie rock band from Lincoln. Their sound has been described by Steve Lamacq as “gloriously wonderful acoustic pop with a cinematic edge”. With support from the likes of Absolute Radio, BBC 6Music and BBC Radio 2, The Moth Lantern are sure as hell doing something right. Incorporating four-part harmonies, pumping drums and stuttering guitars, they’re an “ultra-British cut of alt-rock”. We recently caught up with Dan to discuss all things Moth.
Where did your name come from?
We get asked this a lot and I wish the answer was more interesting.  For years I lived alone in a deep cave with only a lantern for light, but while reading I was always swarmed with hoards of moths, eventually I set the lantern away from myself so I could hardly see to read but wasn’t bothered by the moths – The Moth Lantern was born.
Either that or I named us after a pub called The Moth and Lantern.
What are the 5 albums and artists that have influenced you the most?
Blimey…
– The Bends – Radiohead
– Beck – Sea Change/Midnight Vultures
– Pearl Jam – Ten
– The Beach Boys – Pet Sounds
– Elliott Smith – x/o
– Wilco – Yankee Hotel Foxtrot
Ok that’s six, plus there’s so many more I could add!
What other artists do you really like at the moment and why?
I’m really liking Royal Blood at the moment, good songs and it rocks, really lives up to the hype; and The Shins, always been a fan and the last album is just sooooo good, love James Mercer’s voice, really addictive.
What’s the best gig you have ever done and why?
The London Olympics 2012 was amazing, so many people and such a great atmosphere, plus Team GB won their first gold medal just before we went on stage, we felt so privileged to be part of all that.
What’s the worst gig you have ever done and why?
Playing to no-one in a horrible bar in London while my car is getting broken into and I got a huge congestion charge fine too, for a moment there I wondered why I did it… but not for long!!
I know that two of your band are married, how does that dynamic work?
It’s great; we love the fact that we share this together. We can bounce ideas off each other at home and both of us get to go out and have fun at the gigs.  We’ve not had a domestic on stage, although that could be kind of funny, maybe we should incorporate that into our stage act…
Who would you most like to go on tour with?
There are loads of bands we all love, but I guess our mutual heroes are Pearl Jam, that would be amazing supporting them.  They inspired me to pick up a guitar, so I owe them a lot!
What is your favourite track of yours that you’ve released?
I’m so proud of our album ‘Light Waves’ that we’ve just released, it’s full of my favourite songs I’ve written over the years and performing them with this amazing band lifts the songs to a whole new level.  There are many songs that I love, but I guess album closer Comfort is a favourite as it’s very personal to me.  It was our first recording together and was the reason why we were picked to play at the London Olympics.
Where do you find inspiration?
Everywhere and anywhere! Usually when I’m least expecting it a new song will come into my head.  The challenge is writing or recording it before I forget it!  I get lots of inspiration from my family, life and it’s challenges and books
How do you work around a lack of inspiration?
You can’t force a song, if it’s not coming out right then I’ve disciplined myself to leave it for a while, do something completely different and come back to it later.  I’ve had songs that are still not completed after months, and then suddenly I’ll write a different song in ten minutes.  I used to worry loads that one day all my inspiration would dry up, but I’ve been writing songs for 15 years now and still have loads of ideas, so guess I’m ok!
What can we expect from you in the upcoming months?
Now the album is released we’re busy promoting it with lots of shows around the country, have a look at www.themothlantern.com to see if we’re playing nearby.  Our next project is a live session for Youtube, which is going to be great fun!
Make sure you check out The Moth Lantern’s album Light Waves, available to stream via Spotify. In the mean time, here’s their track End Of Summer.